THESE SERBIANS HAVE SEEN SOME SHIT, like NATO bombs falling from the sky and exploding their neighbourhoods and the collapse of an entire global political structure. I don’t want to generalise after spending only a single night with a few liberal-arts types (excuse me as I do anyway), but it seemed to me that they have internalized all the ridiculous conditions of their upbringing—the wars, the famines, the power shortages—along with everything else our generation protests over—rising tuition, costly urban living, shrinking job markets—and the combination of all this misfortune has turned the best of them into black comic absurdists, like Samuel Beckett characters, so constantly defeated that all they can do to combat absolute depression is sing and drink and shout in the face of everything that’s wrong with the world. 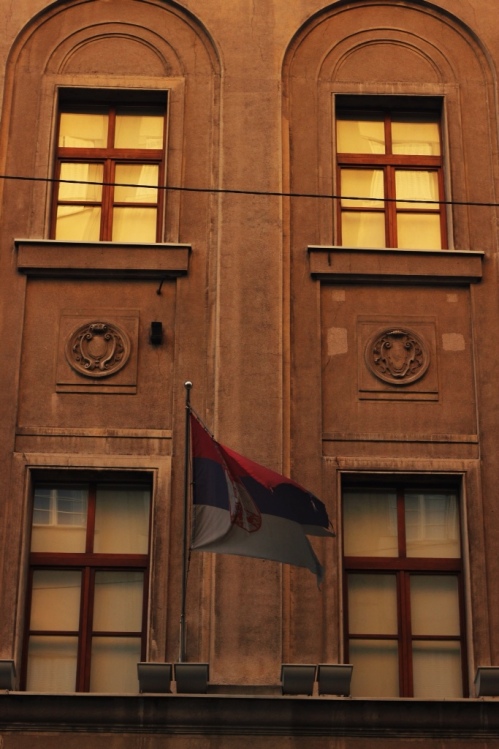 I wound up at a guitarist’s birthday house party in Belgrade the other night. His apartment was too small to fit the hundred-odd people there, each with long hair, scraggly beards, lip piercings and hand-rolled cigarettes. Along with his accordionist and bongo player, he shouted out Serbian folk songs everyone knew the words to, while they all drank homemade wine and greeted newcomers with a kiss on both cheeks.

The crowd was chatty and drunk, and I was shocked that everyone I spoke to was fluent not only in English, but also in self-deprecation. One dude I spoke with came from Pirot, near the Bulgarian border. “You’ve never heard of it,” he said, solemnly. “And there’s no reason you should.” I asked a Herzegovinian friend about Serbian films, and he explained that most were heavy war dramas or occasional dark comedies, with titles like Pretty Village, Pretty Flame; Death of a Man in the Balkans and Tears For Sale. 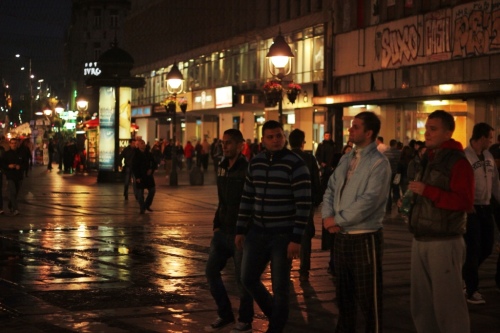 They were not only Serbs at this party, but also Croatians, Macedonians, Bosnians and Herzegovinians. They were brought up in geopolitical turmoil but now choose to mostly ignore that (explained the Herzegovinian: “We like Montenegrins, but we hate the Montenegrin government”), and the result can be confusing. I met an aspiring hip-hop artist, equal parts Croatian, Australian and Serbian, comfortable in neither Serb nor English, whose accent is a hybrid of Australian academia and Mos Def. (His debut album, which has a ridiculously long Serbian title, is due out at the end of November; he already has his second, third and fourth planned out in his head. “The third is called Fuck the Copyright,” he explained, “because I hate copyright.”) 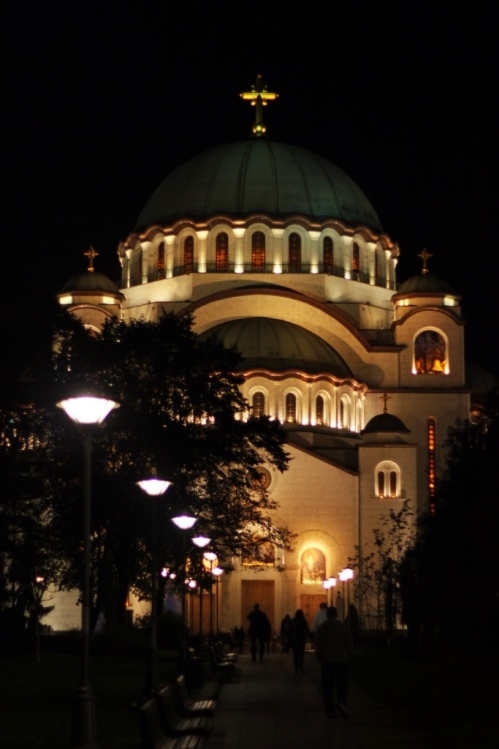 The night began inconspicuously over beers at the Queen’s Pub near the city centre. Eager to escape introductory chitchat, I steered the conversation towards the former Yugoslavia and how they experienced the war. They were surprisingly candid.

“I remember like it’s yesterday,” one girl told me. “I was watching from my window, the line of bombs dropping on houses. I can feel the, the, what is it? Vibrations? The vibrations of the wave, coming at us.” She said they had no food in Belgrade, and that her mother had to travel several hours north to Hungary to buy bread and water. Others didn’t have it so bad, either because their homes were farther from the bombs, or because their parents desperately fled their families from the city. The result has been a generation of incredibly mature 20-something-year-olds, opinionated and knowledgeable about their country’s history, but helpless believers in Murphy’s Law.

Later that night, we walked to Walter Sarajevski, a popular meat restaurant famed for thick patties packed with fried onions and cabbage in a half-moon pocket of bread. While we were waiting for our food, another girl told me a story. She was hanging out with an Australian friend in her apartment and the electricity suddenly cut out. The Australian was shocked, and asked if she had received any warning from the electrical company. Did they send a letter? Was she going to call and complain? Didn’t this bother her? She shrugged it off: this happens all the time in Serbia. She tried calling once, years ago, but they just hung up. The lights will come back on in a day or two; in the meantime, they’d just eat in the dark like everyone else.