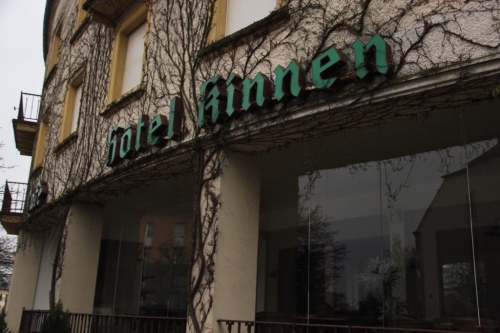 THERE ARE SOMEHOW SIX HOTELS in Berdorf, Luxembourg, a commune with a population of not quite 900. Most of them were closed. I stepped into an open one, the Famille Defive, for a coffee. Everyone knows everyone: this was immediately clear as I made eye contact with the waitress, a hefty woman with spiky red hair and angular eyebrows, with whom I shared a two-second stare of skeptical discomfort, neither of us knowing why exactly I was there.

I sat by a corner table and watched as a dozen locals passed through for a mug of mulled wine or pint of Bitburger, bringing in the local familiarity that can only belong to a small town. When the shaggy black dog, Lasso, began barking manically, everyone shouted his name. Spiky Red listened to the comers and goers with familiar nodding, laughing when appropriate, shaking her head at whatever shake-worthy news item was reported to her between puffs of cigarette smoke. 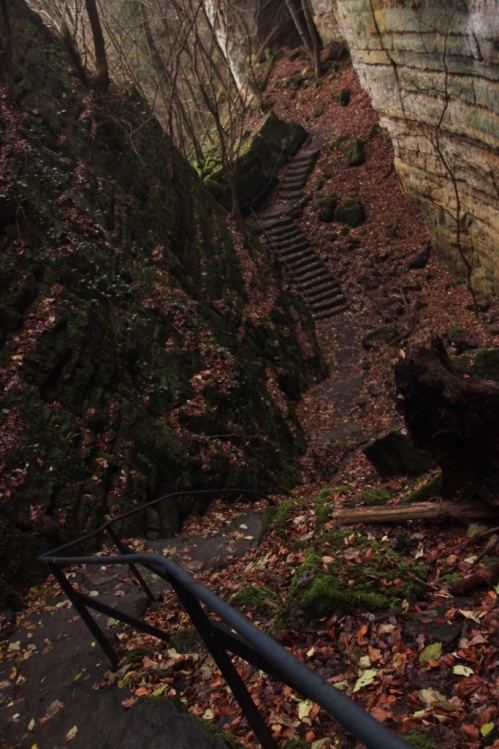 I had no business in Berdorf. I sort of accidentally walked there, seven kilometres from Echternach, a small town (titanic by comparison, 7,000 people!) beyond the towering pine trees and fortress-like sandstone boulders. I didn’t intend to trek all the way to another town, but the hike was too pleasant along the mountain ridges and down the gently winding creek, so I kept going, expecting at any moment to bump into a knight on horseback and discover I’d stumbled back in time 1,000 years. The fallen trunks and 90-degree walls of rock were devoured by a brilliant green fuzz, as if nobody has travelled these crumbling stone stairs in centuries. There are some caves on the outskirts of Berdorf, reappropriated by the government in the 1970s into a beautifully integrated outdoor amphitheatre and music hall, bizarrely in the middle of nowhere. It was exactly what I’d needed after weeks of bouncing between European capitals.

And then the path ended in a massive field of farm divided by a lone dirt walkway into the city, sparsely decorated with clumps of horse shit. The trail leads directly to the “downtown core”, the confluence of the three three big roads, Rue d’Echternach, Rue de Consdorf and Rue de Grundhof. (It is telling that the three largest roads in Berdorf are named after the other towns they lead into.)

And sure, there’s a big church; there are houses, quietly handsome; but no tourist would come here for that. Berdorf is just one of several of communes settled between mountains that are dubbed “Little Switzerland” for their miniature resemblance to the great Alps. Tourists don’t come to Berdorf for Berdorf, but rather for what’s around it. During the summer the hotels are opened, the amphitheatre filled with music and the hiking paths well-used. In December, there is none of that.

But if you’re ever in the neighbourhood, take an hour to walk through the place. There isn’t much, but there are schoolchildren being led singing through the street, construction workers laying stone for new sidewalks, and an empty seat at the Famille Defive, where you can stumble in for a warm cup of coffee and leave waving goodbye to an entire table, an entire town, huddled together. 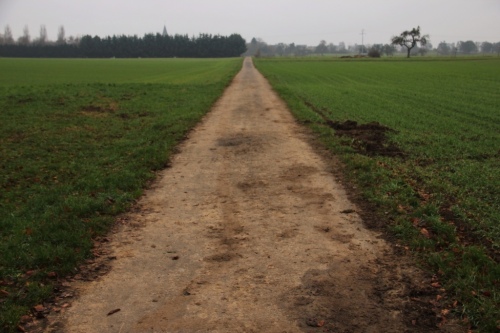