THERE IS SO MUCH already written about Tokyo, and so much more that needs to be, that my paltry two days (not even!) feel too preposterously short to scribble down anything that could meaningfully add to the canon of Tokyo lit. Who can know this city? The high-speed train plows on from Narita International, at least 90 minutes from the urban core; the outside cityscape is never-ending. 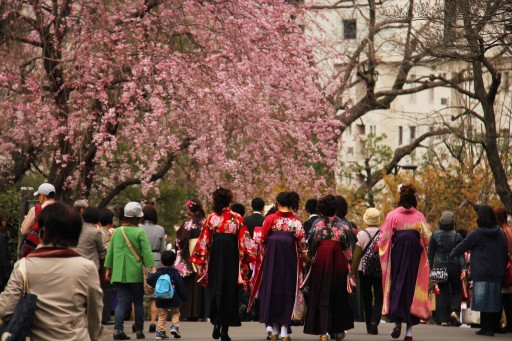 This is hardly a metaphor. I left Tokyo convinced it is universal and limitless. You can witness a colorful young woman stomping through Harajuku’s fashion-conscious Takeshita Street in purple polka-dotted knee-high socks and a Super Mario mushroom cap and be convinced you’ve stumbled upon the city’s most bizarre fashionista for precisely one second, until you’re proven wrong by someone who looks like they’ve walked out of a Tim Burton-directed anime. They all look different, but they also somehow match. That’s the magic of this city: It manages to gel its utter differentness together, all its confusing bits coalescing in quirky cohesion. 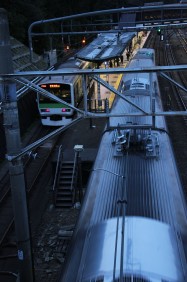 Most people I know with any sense of travel have, at least briefly, experienced Tokyo, and everyone comes back with a different kind of story. This is because so many recommendations start with “There’s a small…” and end with “…good luck finding it, though.” The city is a massive collection of holes-in-the-wall, each down narrow curving alleys, beautiful not for their smallness but for their ability to somehow be so much bigger. Follow a poorly-lit stairwell down to an underground, underappreciated ramen shop and you’re bound to find a stern-faced man in a white chef’s cap wringing water out of freshly cut noodles that make you wonder how anyone else could know this place exists. This is choose-your-own-adventure travel; you’ve got to embrace each chance encounter and mourn your short time with each.

And a short time is, really, all you can afford. Tokyo might remind you of the stereotypically aloof high school girl who feels she’s doing you a favor by letting you buy her dinner. (This is the opposite, of course, of Southeast Asia, where everyone very much does need you, and your money, and makes this very clear.)

This is choose-your-own-adventure travel; you’ve got to embrace each chance encounter and mourn your short time with each.

Keeping up world-leading appearances feels as natural to Tokyo as a Misono knife gliding through fresh sashimi. Its train system—should we even get into it? Well, just a titch—is nightmarishly baffling, though any time we asked for directions between one of Shinjuku’s eight stations, someone would chuckle and point us in what I guess they thought was a very simple and obvious direction.

In truth, though, the whole city looks like it was rapidly built in the 1970s and ‘80s to look like the future, and the poor schmucks who have to live there have been scrambling to keep up ever since. The trains, for all their quantity, smell musty and look old. Apartment buildings are jagged-edged with distinct outdoor staircases that resemble the crude pixels of an 8-bit Nintendo game. It bears the marks of a city that decided long ago it would be a trendsetter, and only sometimes succeeded.

But oh God did it succeed when it did. Its philosophical conception of the future is terrifying not for its accuracy but for its perverse catering to isolation. Economic capsule hotels, born in Japan back in 1979, offer the cheapest beds around with nasty side effects for claustrophobics; on the seventh floor of an arcade in Akihabara, young men line up in droves to play the latest Gundam Wing fighter solo; across the street, the top two floors of a sex shop flared up by pink neon are literally off-limits to women, offering exclusively to men fleshy, legless vaginas and synthetic, ever-gaping mouths.

The shock factor here isn’t that such stuff is being sold, but it’s that it’s actually selling. The Japanese, apparently, know what people want. How do they know all this? How can a city be so in tune with weird dreamscapes and perverse fantasies? There’s something about this place that makes people want to figure it out and constantly fall short, like a puzzle missing some pieces. Nobody ever will, and everyone will keep trying, lured in by its famously fresh food, its centuries-old history, its frank contemporary awesomeness.

I’d love to live here. I knew it before I even went. But that doesn’t mean I’m not terrified to visit again.

For more photos of Tokyo, check out this photo essay from the weekend.