Budapest Will Swallow You Up and Look Very Serious About It 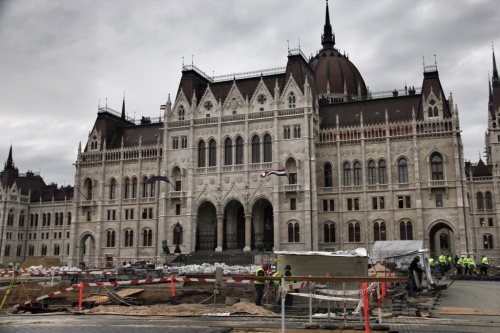 THERE IS NO SUCH THING as small in Budapest. In Chiang Mai, V and I stumbled across a closet-sized nook called “The Tiniest Bar in the World”; this could never exist in the Hungarian capital. There are no nooks. Its central downtown is made up of row after row of elaborate Gothic apartments, all towering in the same tightly bound order, shadowing their courtyards hidden behind massive doors of steel and wood.

It’s kind of terrifying, but also so beautiful I want to cry. There are small shops, but none emit the sense of discovery one might feel tripping through the alleys of Tokyo or Jerusalem. If you stumble upon something in downtown Budapest, odds are you’ve walked a dozen blocks to get there; the streets are tall and narrow, the atmosphere grand and uninviting. Actually, the word “grand” is unavoidable: it reminds me how much I want to see the new Wes Anderson film, Grand Budapest Hotel, partly to witness how he captures the panoramic architectural style. 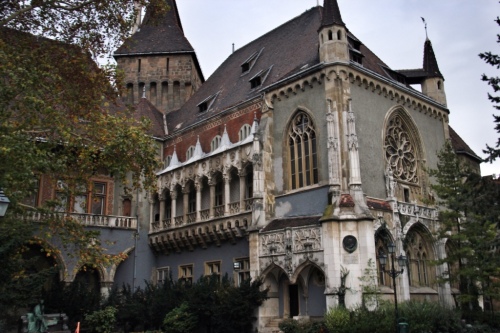 The people, too, often reflect what I imagine to be the city’s own self-aggrandising attitude; many shopkeepers (not all, to be fair) come off as arrogant and bureaucratic, constantly aware of how gorgeous and elaborate their city is, who probably find it quite cute that you’ve taken an interest in what they’ve been in on for hundreds of years. Their reputation for Hungarian sausages and chocolate strudels and saucy gyros and cherry soups (the best!) boasts a knowingness that this sophisticated city presumes a bit too willingly, from Gerbeaud’s decadent $15 slices of cake to the giant heads of bright green broccoli peddled in the enormous Vasarcsarnok Market. 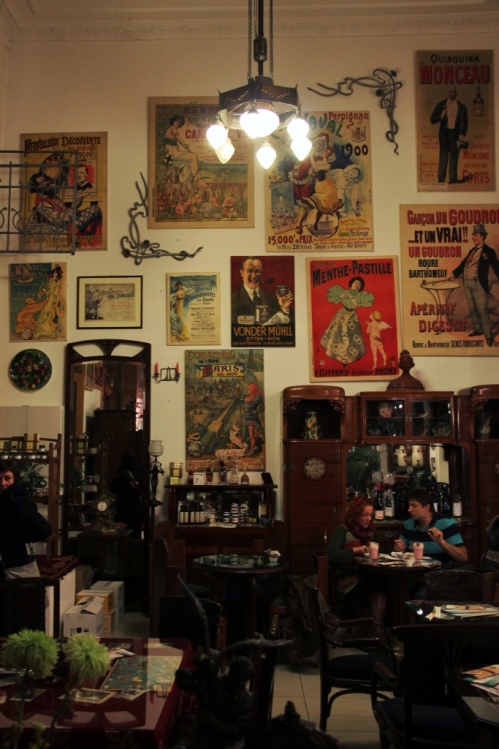 The metro system offers another perfect metaphor. The trains here are rickety and beautifully old, and the M2 line stations are tiled in classy white and red rectangles with this classical capitalised serif font, but the robot woman announcing the stations mumbles the names only once, and the signage is, if it exists at all, a trial to find, and exclusively in Hungarian even if you do. Catching your stop is a sport. The feeling is inescapable: This city was built for people who live here.